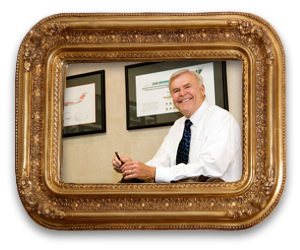 The historic Rockhill Manor structure was built in 1916 as a gracious and luxurious hotel in the Rockhill District of Kansas City, Missouri.

Originally farmland, the neighborhood became noted for using locally mined limestone in many of the homes and stone walls. Stately homes for businessmen were constructed by gifted craftsmen using premium lumber material. There was an emphasis on maintaining natural beauty with flowing terrain and tree lines, still evident today.

Soon after development, the neighborhood began attracting working-class families who moved to the area after a streetcar line was built nearby. The area thrived until World War II when the larger mansions were converted into apartments. Since then the neighborhood has undergone many renovations and improvements.

This eclectic and walkable neighborhood proved irresistible to Owen Gahagan, Jr., a longtime pilot who co-founded Rockhill Manor as a residential care facility for persons with chronic mental illness on December 4, 1972.

The historic building reemerged through Owen’s vision of beautiful gardens and restored architectural features, marking the start of Rockhill Manor’s long and spirited pursuit to provide the most comprehensive long-term care available in a private setting.

By developing the model for comprehensive mental health care, Rockhill Manor also contributed to the development, vision and success of Rockhill Pharmacy, established on January 16, 2001. It was Owen’s belief that pharmaceutical care shouldn’t be created for a care facility, but rather that pharmaceutical care should be created by a care facility.

“Your attitude, not your aptitude, will determine your altitude.”

“We all have gifts: powers to varying degrees – and everyone has at least one gift – that is your particular piece of power. Acknowledging that you do have power is a major energy of change.”

—Lee Pulos: is a psychologist, entrepreneur and author

“The more we give love, the greater our capacity to do so.”

— Dr. David Hawkins: is a psychiatrist, physician, researcher, and pioneer in the fields of consciousness research and spirituality

“You’ve got to fix the people first. Insiders and new people. Everything else flows from that. And in today’s complex world, nobody does anything successful alone – it’s all about teamwork.”

— Dr. Howard Tullman: is an American entrepreneur and author

“You are much grander than you think you are.”

— Asara Lovejoy: is a human potential and consciousness author

“Hire great people and give them the freedom to be awesome.”

— Andrew Mason: is the founder and CEO of Groupon

“Be thankful for what you have, you’ll end up having more.  If you concentrate on what you don’t have, you will never ever have enough.”

“Intellectual growth should commence at birth and cease only at death.”

— Albert Einstein: was the father of modern physics

“All successful people are big dreamers. They imagine what their future could be, ideal in every respect, and then they work every day toward their distant vision, that goal or purpose.”

“The brain is like a muscle. When it is in use we feel very good. Understanding is joyous.”

— Carl Sagan: was an American astronomer, astrophysicist, cosmologist and author

“In times of great stress or adversity,  it’s always best to keep busy, to plow your anger and your energy into something positive.

“If you do the right job then money will come to you. Because people who need you will request, will ask for you, will attract you, and will be willing to pay you for your services.”

“A mind at peace, a mind centered and not focused on harming others, is stronger than any physical force in the universe.”

“Success is not for the timid. It is for those who seek guidance, make decisions, and take decisive action.”

“Love is the ability and willingness to allow those that you care for to be what they choose for themselves without any insistence that they satisfy you.”

“If you want to reach a goal, you must “see the reaching” in your own mind before you actually arrive at your goal.”

“What we think, we become.”

“The key to success is to focus our conscious mind on things we desire not things we fear.”

“You are the only person on earth who can use your ability.”

“People create their own success by learning what they need to learn and then by practicing it until they become proficient at it.”

— Napoleon Hill: was an author and pioneer of the personal development genre